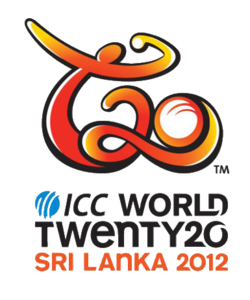 As the Australian summer draws ever closer, the Aussies must overcome their recent series loss to Pakistan in the UAE (and their subsequent rankings drop) and contest the Twenty20 World Cup in Sri Lanka, starting on September 18.

Well off the top of the ICC T20 rankings, with South Africa and England sitting first and second respectively, Australia must progress into the final if it has any chance of pushing itself up the rankings, currently in tenth position, prior to the 3rd T20 against Pakistan to be played on Monday night.

South Africa: Currently on top of the T20 rankings by a fair margin, the Proteas ooze talent, but they have one thing against them-there are only two players of the 15 man squad under 24-Richard Levi and Wayne Parnell.  However, with the likes of veteran Jacques Kallis, captain AB De Villiers and Dale Steyn all in cracking form, South Africa are a serious chance at taking out the title, currently held by England.  Expect Zimbabwe to be a push over, but Sri Lanka will not be easybeats on their home soil.

To watch: Jacques Kallis.  At 36, his body is holding up extremely well.

Sri Lanka: The hosts sit just behind England and South Africa on the rankings table, and would be looking to wow their home crowds.  Wicketkeeper Kumar Sangakkara and Captain Mahela Jayawardene are getting on in age, but have still got plenty of gas left in the tank.  Fast bowler Lasith Malinga, with his wild hair and odd bowling action will be a sure-fire crowd pleaser.

Zimbabwe: The Zimbabweans have floated on and off the cricketing landscape in the past decade due to pay disputes with the board, but have players like Brendan Taylor and Craig Ervine.  Ranked last (11th) on the rankings, don’t expect much from this side.

England: The current champions, England’s form of late has been fluctuating.  That being said, the Poms have an ideal balance between batters, bowlers and all-rounders.  Luke Wright is an excellent batsman and can hit it a mile, while Stuart Broad’s fantastic bowling skill and handy lower-order batting are ideal as a pinch hitter.  With Michael Lumb and Graeme Swann the only players over 30, England has a young side that is full of T20 experience.  They’ll have to adapt to the local conditions if they want to play at their best.

India: Long regarded as the biggest cricket mad nation, the Indians have a very experienced squad led my captain MS Dhoni.  Irfan Pathan, possibly one of the best medium swing bowlers going around, will be a huge asset, while Virat Kohli will hopefully continue a run of form from earlier this season on his tour of Australia.  With the likes of Dhoni and vice-captain Gautam Gambhir in the ranks, as well as Suresh Raina and Rohit Sharma (the latter needs to get into form), the Indians will be sure to put some spark into their game

Australia: New captain George Bailey has had it rough in his first outing as captain, but he is leading a squad more dominated by youngsters and inexperience.  With the Aussies well below the other test playing nations, the likes of David Warner will really have to step up and lead the batting.  Mitchell Starc is now showing that he can play, after an in and out period from the team.  The veterans, Ricky Pointing, Mike Hussey and David Hussey will need to be the mentors and the stalwarts in the batting order.  David would hope to run into some form heading into the upcoming KFC T20 Big Baah League.  41 year old Brad Hogg has also earned a call-up, and showed that he is still capable of spinning and getting wickets when playing for the Perth Scorchers during the 2011-2012 season.

West Indies: The Windies can either blow a team out of the water, or they dawdle along and are run over by others.  Captain Darren Sammy, at 28, has played the most T20I’s of a team, with 29.  Dwayne Bravo will need to lift his form, having had low scores over the 2012 year.  With no Kemar Roach, Fidel Edwards will lead the bowling charge.  The two big hitters, Chris Gayle and Keiron Pollard, will need to not only score runs themselves, but have able support from the rest of the batting order, who will need to adapt to the humid conditions of the sub continent.

To watch: Chris Gayle’s power hitting will be a huge hit.

New Zealand: The Black Caps have a decent batting and bowling line-up, but has a bit of a history of not being able to go all the way.  Captain Ross Taylor and vice-captain/wicketkeeper Brendon McCullum, the most experienced players from the squad, will need to lead from the front.  As always, Daniel Vettori, with his left arm orthodox spinners and fantastic batting, will be crucial in asserting any chance of a semi-final or final.  Tim Southee, with 25 matches now under his belt, would be looking to improve his Twenty20 record and come home with wickets.  Martin Guptill is an excellent batsman, and should be looking to be a support to Taylor and McCullum.

Pakistan: Pakistan has a lot of talent, but their potential is never put to good use.  Having to play matches outside their own country because of security issues has been a concern the past several years.  Shahid Afridi, Kamran Akmal and Abdul Razzaq are all good cricketers, but Afridi may be somewhat past his prime, and Akmal is only just beginning to show some consistency as a wicketkeeper.  Sohail Tanvir’s unusual action could put batsman that haven’t seen him before in two minds.

Bangladesh, Ireland and Afghanistan are also involved in the competition, but both their teams and rankings in Twenty20 cricket leave less for discussion.  However, expect to see the likes of former Ireland captain Trent Johnston (now 38) lead from the front.