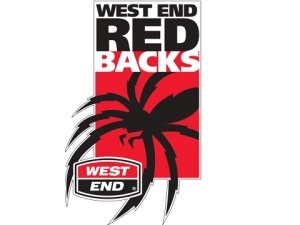 Michael Klinger: South Australian Captain.  Over 5,000 first class runs to his name, and a decent average to go with it, Klinger has been extremely consistent since moving from Victoria for the 2008-2009 season.  With South Australia placing 6th in each Sheffield Season since and including 2009-2010, Klinger will be hoping that his team can replicate the results that gave them the 2011-2012 Ryobi One-Day Cup.

Daniel Harris and Aiden Blizzard are the other mainstays of the batting stocks, but have taken a big blow this season.  Another recruit from Victoria, Blizzard has the ability to crash bowlers out of the ground (a good example being his pull for 6 in the 2007-2008 KFC T20 final), but has struggled to hold down a place since transferring after the 2009/2010 season.  Blizzard has moved to the Tasmanian Tigers on a two year deal, while 32 year old Harris has been cut from the contract list.

Former New South Wales batsman Phil Hughes joins a new-look lineup, while South African Johan Botha will be the teams captain.  Tom Cooper and Dan Christian, the latter a handy pace bowler, will be needing to produce excellent seasons.  While the Redbacks produced an excellent one-day season in ’11-’12, their longer format game will need to be vastly improved.

In the bowling stocks, along with medium-pacer Christian, Kane Richardson and Gary Putland will need to attempt to hold a regular team spot.  Richardson’s bowling form for the Adelaide Strikers shows that given more experience (he is only 21), he can become one of South Australia’s leading bowlers.

The loss of Harris and Blizzard will hurt the Redbacks, but if they can find consistent scores across the short and long formats, the climb back up to the top will be well earned.